EmaCure® is a next-generation, blood-derived therapeutic system based on research carried out at the Technische Universität München. Using this system, clinicians can develop personalised therapies to meet their patients' needs in the areas of wound repair and regeneration. 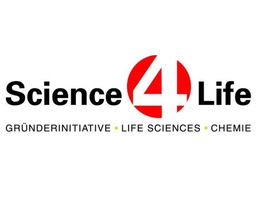 May 2015 EmaCure presented at the 60th PSRC Meeting in Seattle

Aug. 2013 Publication of international patent application on a device for preparing and delivering the EmaCure therapy.

May 2013 Prof. A.F.Schilling and Dr E.Hadjipanayi are awarded the Innovation Prize for their work on the EmaCure therapy, at the German Symposium for Biotechnology (Deutsche Biotechnologietage) in Stuttgart

March 2013 EmaCure presented at the 17th World Congress of the International Confederation for  Plastic, Reconstructive and Aesthetic Surgery (IPRAS) in Santiago

Feb.2013 International patent  (PCT) application﻿ filed on a device for preparing and delivering the EmaCure therapy